The solar eclipse passing through the United States on August 21, 2017 (the first to span the country coast-to-coast in 99 years) will cause disruption.  It will impact traffic, your ability to have a clear, long conversation on your cell phone and — if you, like thousands of others, are planning on making the trip to see the eclipse in totality — your road trip bathroom schedule.  What’s more, vampires are expected to be seen briefly in the middle of the day, especially in the northwest region of the country.

If you’re located in California, North Carolina or any other state where the sun is utilized as a major source of energy, it will cause another major disruption: your power. California, alone, is expected to lose 4,200 megawatts of power between 7:45am and 12:45pm. One megawatt supports about 1,000 homes, so the disruption will be non-trivial.

The eclipse will be total and variably visible throughout all of North America. We can expect the moon to completely (and partially, in the areas beyond ‘the totality’) obscure the sun’s rays across the entire USA, blocking the flow of photons that feed our solar panels. This is markedly different than a cloudy day and will cause a rapid decline and rebound of solar power as the moon crosses in front of the sun.

Small systems that rely on rooftop power will go offline as they would in the middle of the night, and switch to the grid for their power needs. At least 17 utility-scale solar power plants (mostly in eastern Oregon) will be affected by the eclipse’s 100% totality. Hundreds of plants, mostly in North Carolina and Georgia, will be at least 90% obscured. In total, more than 8,000 megawatts of capacity will be lost to areas at least 70% obscured.

National grid operators have been preparing for this interplanetary alignment event months in advance, and are confident that the dip will be smoothly managed. Randy Wheeless of Duke Energy called the eclipse a “good exercise.” The growth of solar power is imminent, Wheeless said, and events like the eclipse provide operators the opportunity to prepare for and learn how to accommodate a fast-growing source of energy that, unlike older coal or nuclear plants, can and does wax and wane considerably during the day, and drop off at night.

With the eclipse spinning into the past and our pinhole cameras off to the recycling bins, we’ve got some powerful information to share.  Of all the cool dashboard screenshots sent in by our loyal customers, Ryan Bickford’s 3-hour graph wins the prize as the most dramatic; revealing the smooth cyclical beauty inherent in nature.

The Bickford’s normal solar production is set as a backdrop to the roughly 95% occlusion experience.  As you can see, they missed out on about 3.5 kWh from the moon’s diversion of sunlight away from Earth. That’s enough energy to power a mid-sized TV, 24 hours a day, for almost 3 days straight. Across the 200+ solar-powered CURB homes in the continental United States, CURB measured a loss of over 500 kWh due to this sudden and ephemeral celestial dance. That’s enough juice to power the aforementioned TV, 24 hours a day, for over a year. We’re not complaining though, as the choreography was faultless. 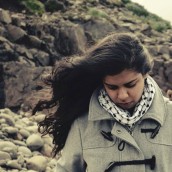