Smart cities are the key to change; large scale change. Charlie Hales, Mayor of Portland, Oregon, says, “If cities become greener, then we change the world.” The world is not indestructible and resources are not unlimited. By advancing in a direction of change, we are doing our best to make sure we preserve and protect the resources available to us.

Smart cities, however, are composed largely of smart homes. Homes are made smarter with a curb device that tracks energy use in real time to give its occupants control of their energy consumption. They can monitor solar panels in order to maximize energy production and stay informed of unusual patterns, such as when an appliance needs replacing or repairing. With a curb, consumers can also track personal usage trends and get tailored recommendations to make smarter energy decisions, contributing to their energy literacy.

Ultimately, when people understand how energy is being produced and consumed in the home, they become informed decision makers. When people become energy literate, they change the ways they use energy. Knowing how much money and energy you spend on a single appliance makes using that appliance all the more prudent: “Do I really need the A/C temperature that low?”

Cities like Copenhagen, Vienna, and Amsterdam — the city that started bike sharing — are leading the way in Europe by pairing low energy consumption with high quality of life. These smart cities are producing energy from wind turbines, sending less than 2% of waste to landfills, building zero-energy structures, and using solar-powered battery-controlled street lights.

Austin is the cornerstone of the smart cities effort in the United States. We were one of seven finalists in the Smart City Challenge, and have gained so much insight from that experience.

“Thanks to the Smart City Challenge, we’re taking new approaches to old problems. We have found new avenues to resources and assistance that we lacked before, and we’ve come to expect more of ourselves. We have the team in place. We have ambitious goals. So we’re going to move forward, because that is the Austin Way.” — Mayor Steve Adler

Austin also has a smart grid infrastructure, with solar and wind power already in place. We have a 2050 goal of net zero greenhouse gas emissions as well. Austin’s Pecan Street Project is further evidence of a smart city getting smarter — this community is becoming a clean energy laboratory with almost complete reliance on solar.

Austin is the home of CURB, the next wave of technology that will advance homes into a greener future. With CURB’s curb, homes are made smarter, safer, and empowering. 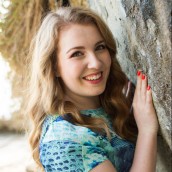