2016 was, by many estimates, the most successful year for solar. As the year comes to an end and a new administration is set to take office, we gathered a series of predictions about the solar industry for 2017.

Solar, Renewables, Will Continue To Grow

Solar is expected to grow 20 to 23% in the next year — down from as much as 71% reported in previous years, despite renewable energy tax credits that were extended until 2019. That said, both the private and public sectors have invested heavily in renewable energy, and these investments are unlikely to become completely obsolete during a Trump administration. On the public side, new jobs accompanying wind farm infrastructure lie largely in Republican districts, while solar infrastructure has already been established in Democratic districts on the East and West coasts. On the private side, the fact that renewables are catching up to fossil fuels in price would make it unwise to divest, even under Trump.

Private sector investments in renewables are driven by profit, not necessarily environmentalism:

“Market forces, not the government” are responsible for the fact that wind and solar power are starting to take their own bite out of coal’s market share, said Daniel Cohan, a Rice University associate professor and atmospheric scientist who studies the relationship between climate and energy. “Federal action has not been the leading driver of the improvements that we’ve had.”

The most optimistic of renewables advocates, including Ray Kurzweil, believe that solar will be meeting the world’s energy needs within 20 years. The renewable energy industry now employs more people than the oil and gas industries, according to The Economist. Congress has also made investments in renewables, so turning around tax credits and incentives in the middle of the extension could prove tricky.

President-Elect Donald Trump has criticized renewable energy, citing solar as overly expensive. Thus, some in the industry have been concerned about the future of solar in the U.S. The reality of actually undermining the renewable energy sector in the U.S. is complicated. Doing so takes legislative effort, and would inevitably butt heads with the private sector, which has already made substantial investments in renewables.

Bipartisan tax incentives for renewable energy were extended at the end of 2015 through 2019. About 80% of wind farms are located in Republican-controlled districts, and manufacturing jobs often accompany renewable energy centers. Some predict a sales slump in 2017, a more extreme view of solar under a President Trump would be a renewables “flatline.”

Battery, Storage, Will Continue To Grow In Importance

Batteries are the future of the solar industry. They allow solar systems to time shift energy collected from the sun to when it is dark outside. In 2017, the prevalence of batteries will grow for several reasons.

Thus, the next logical step for solar is storage. As solar becomes a more mainstream source of energy, the need to extend its power beyond sunset will be more evident. Second, while there are many companies actively working on storage solutions, the most notable is Tesla. The company has begun to transfer its innovative solutions from transportation to residential energy, with storage packs and solar roofs.

Inverters turn raw rooftop solar DC energy into grid-ready AC energy, and have been the target of innovation in the renewables sector over recent years. These “smart inverters” perform a variety of functions: real-time data connectivity, grid optimization and giving utilities the option to accept, reject or control renewable energy being returned to the grid.

All of these innovations, combined with an intelligent energy curb, of course, are expected to help renewable energy take more of a mainstream role in our current energy infrastructure and everyday lives. 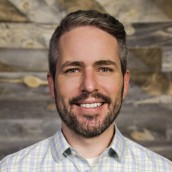